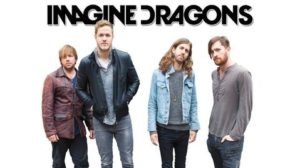 We would call it a cardinal sin if you haven’t heard a song from the four-man band called Imagine Dragons. They’ve created just a line of masterpieces and we’d compare them with the phenomenal group Linken Park. Aimed at getting people through tough times, Imagine Dragons has almost half a dozen songs that reached the top of the Billboards. They’ve received every type of accolade possible, from AMAs to Grammys, they have them all. As you can see from the title, they are currently halfway through their third world tour for their newest album and their tour is called ƎVOLVE World Tour.

Their first album was Night Visions which was recorded at none other than the Red Rocks Amphitheatre. The album contained over a dozen songs and was the breakthrough that the band was desperately looking for.

The second album is Smoke + Mirrors. The album was a much greater success than Night Visions. The critics had mixed feelings about the music but the public absolutely adored the songs. It was ranked number on the Billboard 200 in the US.

As mentioned above, this is the third album for Imagine Dragons and it was released through KIDinaKORNER and Interscope Records. This album is by far, the best work of Imagine Dragons and Dan Reynolds from the band also said that this would prove to be quite an evolution for the four people. The critics once again had mixed reviews for the album but it was nominated for the Grammy Awards in the Best Pop Vocal Album category, so you know it is good stuff.

Overview of the Tour

There’s only one word to explain the tour; MASSIVE. The tour started a few months ago on September 26th of 2017 in the Talking Stick Resort Arena in Arizona and is scheduled to conclude on October 20th of 2018 at the Toyota Stadium in Texas. The entire tour will and has taken place in 32 different countries and they have exactly sixty-six shows inside the United States alone and quite a few in Canada too.

The complete track list of the tour is given below.

I Don’t Know Why

I’ll Make it Up To You

Dancing in the Dark

Yes, their world tour is also bringing them straight to the heart of Colorado. Obviously, their tour would be incomplete if it didn’t land them in the Red Rocks Amphitheatre. The band will be coming to the Amphitheatre on July 16th of 2018. This is a concert that you don’t want to miss. So, go ahead and buy your tickets right now because they probably won’t last much longer.